Elias is that kind of unpretentious character that everyone likes. He works as an assistant-designer in a factory in São Paulo. While the employees work long and hard during the daytime, after nightfall they seek solace in drinking and nocturnal adventures. Elias doesn’t find happiness in his job, but in friendships with his co-workers. While the temperatures start rising and summer is underway the factory workers find the pressure getting higher and so is their need to release!

Intrigued by the power of pleasure as catharsis director and anthropologist Marcelo Ceatano dived into the lives of factory workers in the locomotive of Brazil’s economy: São Paulo. It resulted in a colorful film that celebrates life in a way only the Brazilians can: surrounded with friends, music, food  and drinks while singing, talking, dancing and making out. A heartwarming social drama that closes the difference between black and white, poor and rich, man and woman, gay, straight and transsexual.

With this first feature film, Caetano joins the latest cinematic movement in Brazil in which characters are human and modest, and where borders have faded.

[Marcelo] As an anthropology student, I programmed for a cine-club. Once we invited the director whose film we screened, Kiko Goifman, and I asked him for a job. I was alone in São Paulo with little money.

I worked as an assistant-director and started shooting short films. The film that opened the door to fiction was Tattoo by Hilton Lacerda. It was the biggest production I worked on until that moment.
Most of my work comes from Rio de Janeiro or from Recife even though I live in São Paulo. I don’t identify a lot with cinema from São Paulo; it is too academic. There is only one director that I like a lot and that is Anna Muyleart. She is my closest link to São Paulo cinema.

[RMA] Why do you still live in São Paulo?

[Marcelo] There is a saying in Brazil: “Either you go to São Paulo or you go to São Pedro.” São Pedro is the Spanish name of Saint Peter, keeper of the gates to heaven. I’m attracted to the energy of the city. Relationships are intense because you don’t know whether you are going to stay for one or ten years. It’s a big capitalistic city where people are constantly on the move. That temporary energy is incredible.
Besides, São Paulo has a lot of culture to offer. There is great theater and, in fact, I like to go to the theater rather than to the movies.
On the other hand, I also know it is perverse. “Without São Paulo Brazil would not even have an economy,” they say. The film is like a reaction to that. If you live in a city that is built on labor, pleasure has a different function. It’s like a catharsis.
The working class of São Paulo has a few options after work. Go to church and pray; go to the soccer station and get crazy; go to shopping mall and spend money, or just get very drunk. But you need that release. Your body and mind are domesticated and in a repetitive mode. If you join people who get out of factories and go out with them, you’ll be saddened and at the same time amazed by how much they drink.

[RMA] You are not part of this working class. Where did you find inspiration?

[Marcelo] There is a YouTube channel called Viral Films where people upload after-work videos. It’s an incredible production showing how catharsis is registered on film. People are drunk, singing and dancing on the streets.
Some of the scenes in Corpo Elétrico are inspired by these videos, At a certain point, it was trending for straight guys that had gotten drunk at a soccer game to wear their shorts as a dress.. All these vulgar video’s interested me a lot.

[RMA] When I spoke to Gabriel Mascaro he said that one of the major themes in Neon Bull was showing that people are ambiguous beings by nature.

[Marcelo] Gabriel is a straight guy who has a different place in the gender discussion. He is sensitive, not a chauvinist masochist like the rest of them. I think he looks at these masculine males and imagines their other side.
In my case it’s different. There is no scandal in being feminine, whereas in Gabriel’s world it is. But we are discussing the same things.

[RMA] Your film shows a society with no social hierarchy. Is São Paulo going to be that city in the future?

[Marcelo] It is a dream of solidarity, but it is not impossible. My group of friends is this diverse but for now it is fantastical. Gabriel said this very well, he said that we are inventing an image of society and it is our power as fiction writers to do that. It is a way to resist the current situation. We show something that is distant and absurd as an actual possibility.
I do believe the margins of society are much more tolerant and integrated. There is an outcast solidarity that is rare in any other part of society. If you go to a favela, you’ll find that most leaders of the communities are old women, transgender people and transvestites.

Child pornography disguised as a cautionary documentary. Exploitative. Gross.  These are just a few of the angry and outraged reactions to Kids after the film came out in 1995. The opposition praised the film for its raw and forthright energy, and its breathtaking images that show the beauty and tragedy of the lost youth of […] 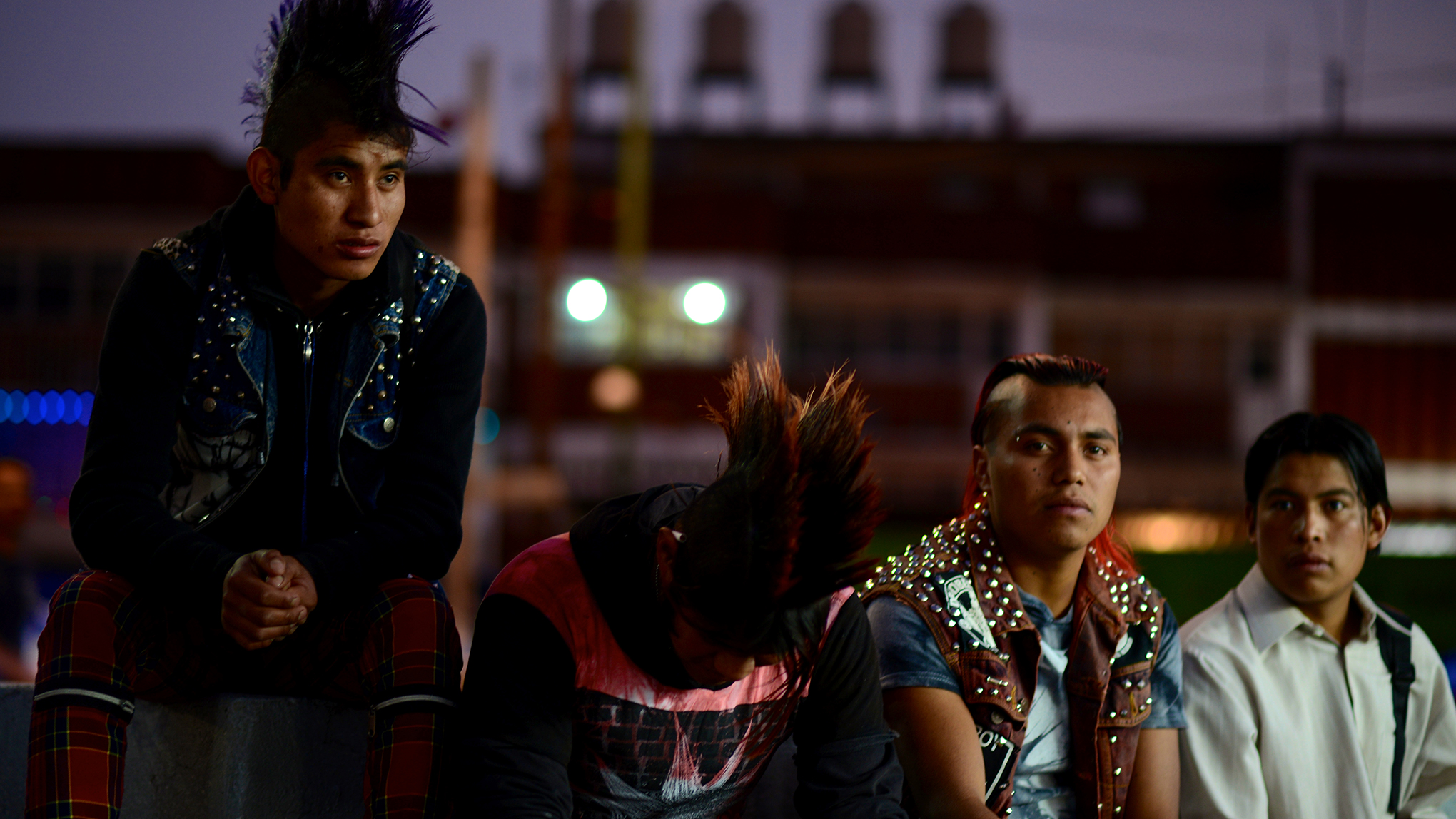 In the first edition of Roffa Mon Amour we screened La Playa DC, a Colombian film that offers insight into the subculture of immigrant teenagers with a passion for braiding and shaving their hair into true pieces of art. Director Juan Andres Aragao’s second feature-film doesn’t move away from this subject. In this film, three […]