Already in 2011 Boi Neon, or Neon Bull, was presented at Cinemart. It was Gabriel Mascaros first feature film script, but he eventually debuted with Ventos de Augusto in 2014.

“I felt the need to make something. Ventos de Augusto was a small film with a simple story line that was much easier to realize than Boi Neon. I decided to do it without budget and I did a lot of work myself like the cinematography and some acting. Boi Neon was a complex project: I needed time.”

Not that much time, because merely a year after his debut came out Boi Neon premiered in Venice. The award-winning film has since then been travelling most of the major festivals and the name Garbiel Mascaro has been written down on every talent-to-watch list.

Iremar works at the Vaquejadas, a traditional rodeo in the north east of Brazil where two men on horseback try bring down a bull by grabbing its tail. It’s dusty and back-breaking work, but Iremar is a natural ‘Vaqueiro’ feeding, prepping and taking care of the bulls.

Home is the truck used to transport the animals from show to show which he shares with his co-workers; Galega, an exotic dancer, truck driver and mother to her spirited and cheeky daughter Cacá, and Zé, his rotund compadre in the bull pen. Together they form a makeshift but close-knit family. 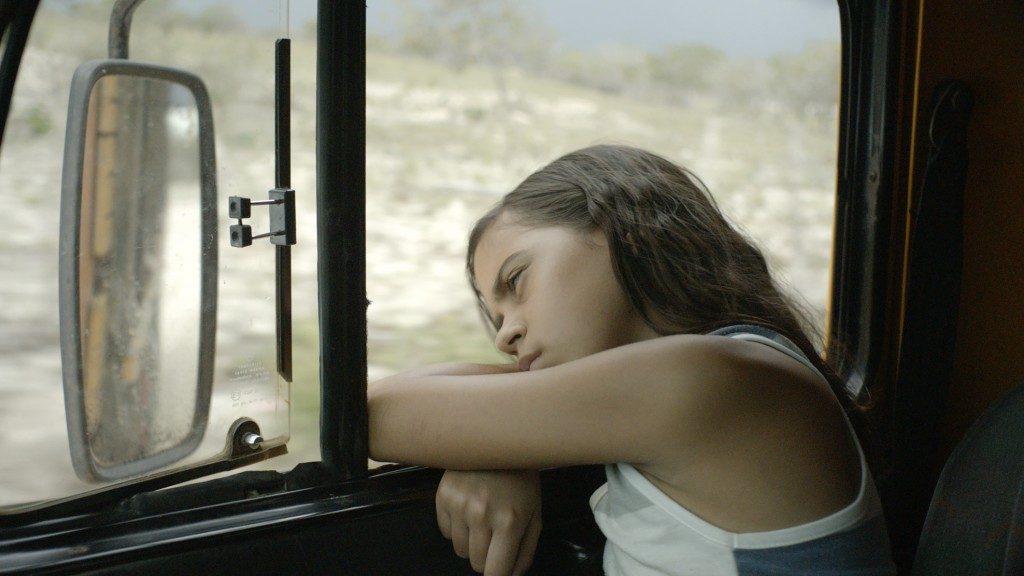 I meet Gabriel Mascaro in a very crowded Doelen. I think I am what people call a bit starstruck because I absolutely love his work and I soon realize it is kind of hard to talk or to say something smart. No problem of course because it is not about me, but about Gabriel Mascaro and his incredible, beautiful film: Boi Neon.

RMA: You are from Recife, the Brazilian capital of art house film. How did you get into filmmaking?

GM: I had the chance to work as a trainee for Brazilian director Marcello Gomez. [Cinema, Aspirins e Vultures, 2005] His film premiered in Cannes, so it was very special. Many people in Recife from my generation who are now working in the film industry were involved in this project. We discovered film by working.

“I was very happy to make a feature film, but I am just as happy when I work on a simple visual installation or do a photography project.”

RMA: I see. That’s why the cinematography of August Winds was such a delight.

GM: Thank you. It was a big challenge to not do the cinematography on Neon Bull. But at the same time it was important to have time to give attention to the actors. Their parts were very demanding. There was a lot of tension in the script and there are many sex scenes. I had to be confident as a director to take them along with me.

As for the DOP, I wanted to work with someone from Uruguay, but she couldn’t do it and recommended me to work with Diego García. After he did my film, he went to Thailand to work on Apichatpong Weerasethakul’s new film Cementary of Splendour.

GM: Yes, he is really talented. And young: only 35 years old. I was so lucky to have him before Apichatpong! [Laughing] He would have never come back to me. His latest project is Carlos Reygadas new film. No, he is probably not coming back to Brazil. 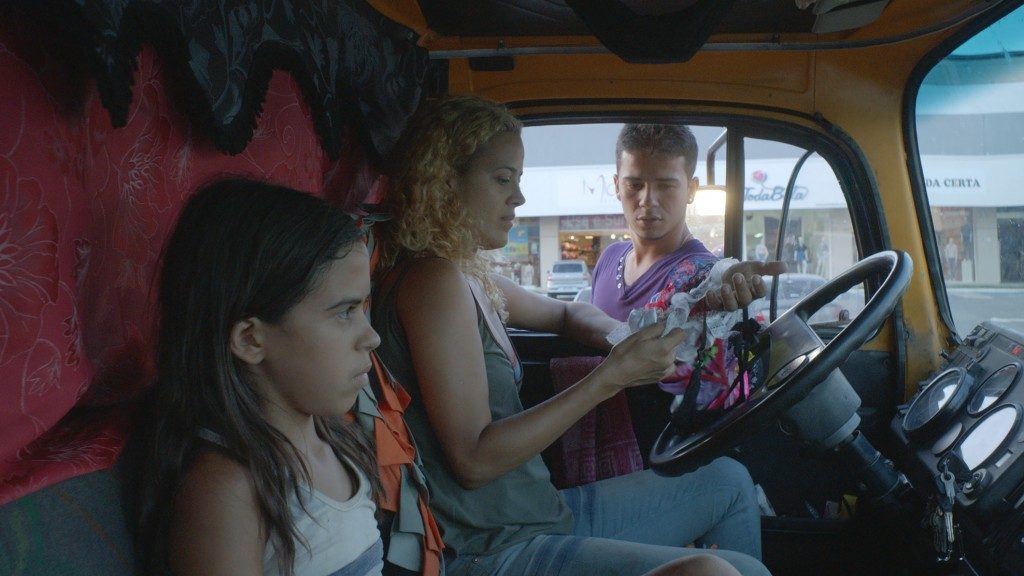 RMA: How did the idea of Boi Neon develop?

GM: I grew up, and still live, in the North-East of Brazil, which a very poor region. The land is dry and problematic; there are a lot of social conflicts. In the past ten years the country and region have been going trough a socio-economic and cultural transgression. Therefore, I wanted to make a film where people do not want to leave the place where they live, but they want to change the way they live in order to achieve their aspirations. I wanted to make a film where people are travelling, but instead of travelling away from a place, they travel circular. They live a nomadic life in an area they feel affection for. They are dreaming of doing something special, like being a fashion designer or owning a horse. Each character has its one odd, different, special and mostly sincere dream. These are also ambiguous dreams, because our body houses both vileness and pleasure. The film is about the dualism of our existence. Our day to day live is full of it.
While I was doing research for the film, I in fact met a cowboy who was besides working backstage at the Vaquejada also working at a textile factory. People often work different jobs and double shifts in order to survive. I was fascinated by the way he ritualized the cleaning of the bulls tails and then, a few hours later, would be sitting at a sewing machine for his second shift. This was the starting point for creating a fictional character who accumulates roles that combine force and delicacy, bravura and sensitivity, violence and endearment. Same for Galega who is an erotic dancer, but also a truck driver. Or the perfume seller, who also works as a guard for the factory. We all have multiple lives and I wanted to expand the notions of our identity and gender. The film does not judge anyone as the characters do not judge each other. The film only creates certain expectations, but these expectations are not fulfilled, because there is no actual plot.

“This was the starting point for creating a fictional character who accumulates roles that combine force and delicacy, bravura and sensitivity, violence and endearment.”

RMA: What does the relationship between humans and animals mean for you?

GM: In history humankind has always portrayed animals in art. I tried to find an esthetic and symmetric way to look at humans and animals instead of a hierarchical one. I didn’t want to animalize the humans nor humanize the animals. But I asked myself: how can we look at bodies in an honest way and how can we find connections. That’s why there is for example a scene where they massage the horse.

RMA: And that is why Galega dresses up like a horse when she is dancing?

GM: Yes, these are all ways to have you see beyond the narrative and the rational ways of thinking. 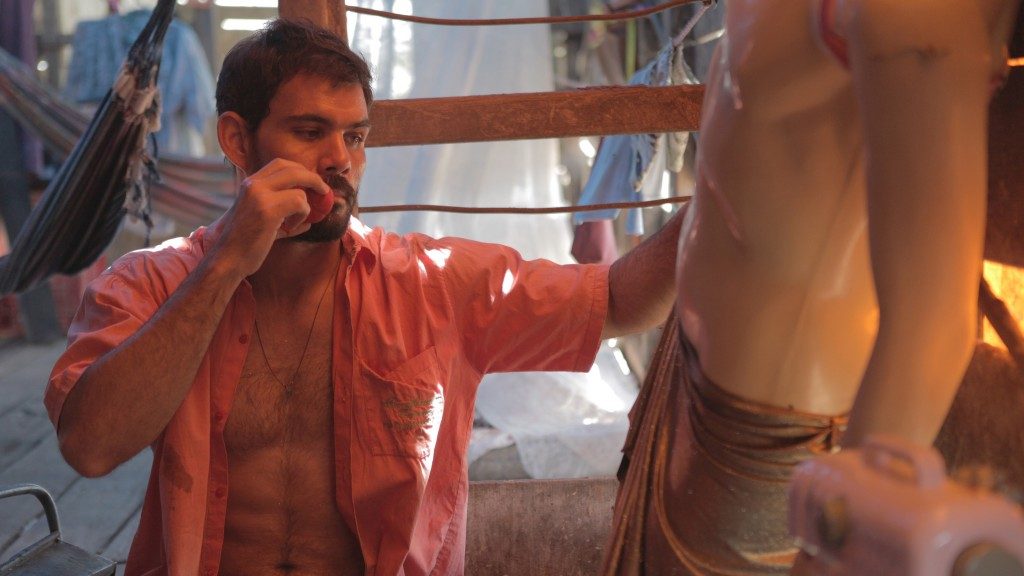 GM: Some people have asked me if the actress accidently got pregnant: she didn’t. I casted a woman who had to be pregnant around eight months by the time we would shoot the film. It is a real pregnancy.
In the North-East of Brazil the macho life is very present and associated with the ‘cowboy’ life. At some point in the film we create the expectation that Iremar is gay.

RMA: Until he makes love with the ultimate symbol of femininity?

GM: In Hamburg a film critic said the film could be a queer film, because the scene does not prove nor support masculinity. It is something completely new.
Iremar does not even ask about her pregnancy and the normalization of this taboo creates friction. We tend to associate a pregnant woman with purity. A pregnant woman is untouchable. But in the film we experience that she too desires pleasure.
What takes away the taboo is the fact that the scene is long. If you would have just seen a fragment and we had cut to the next scene, it would have been shocking. But now we forget about the taboo because while we watch them we start to feel the same pleasure as the actors.

“If you would have just seen a fragment and we had cut to the next scene, it would have been shocking.”

RMA: Are you working on a new feature film? And will this new project also focus on rural, rough Brazil?

GM: Not necessarily. I’m very interested in contemporary society and human contradictions. You should see my website! I’ve made an installation called: My Free Time and it involves people from all over the world.
In March and April I’m going to participate in an artist in residency program in the US. Until that time I won’t be doing a lot of script writing. I like to do more than film and I want to start the residency fresh. 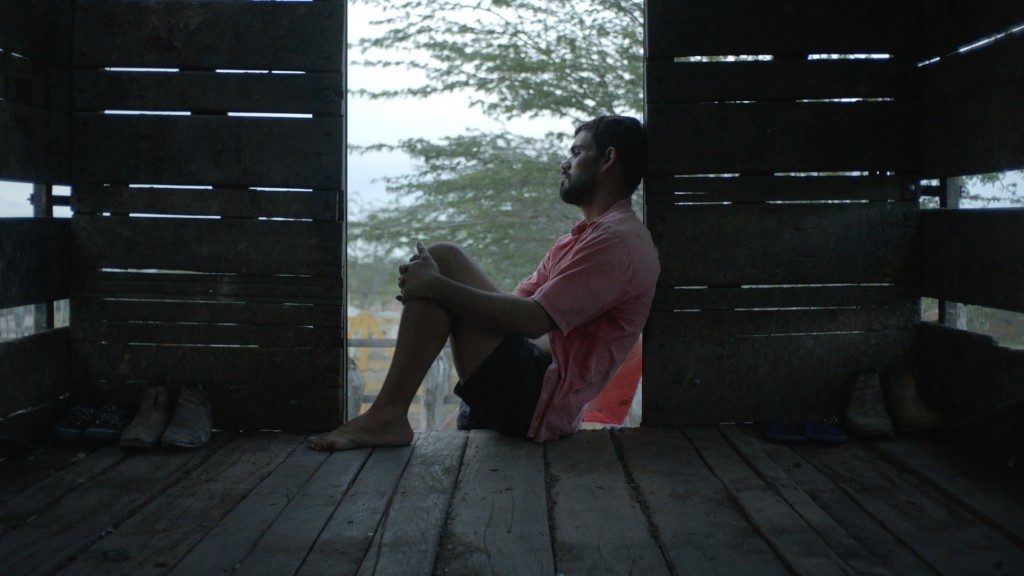 Neon Bull will be released in Dutch cinema’s around June.