“Asking others to think for us means the death of civilization.”  – László Nemes

In 2015, Hungarian director László Neme took us to the shadowy barracks of Auschwitz with his incredible debut Son of Saul. His new work Sunset, another lesson in history, brings us back in time even further: to sun drenched Austria-Hungary beginning of the 20th century.

We follow Irisz Leiter, a young woman who – after spending her childhood in a foster home in Vienna – returns to Budapest. She wants to work for the leading millinery shop her parents founded before they died in a mysterious fire. The family business still operates under the name ‘Leiter’ and although a shrewd businessman now runs it, Irisz wants to be part of it.
Soon Irisz leans she used to have a brother, but who he is and where he resides is shrouded in mystery and darkness. She starts She starts searching for him, but every question she asks is answered in riddles, and every door she opens is slammed in her face just as quickly. The soft, dusty sunlight and the refinement and opulence of the extravagant hats and the clientele of the millinery are overshadowed by the ominous atmosphere of a state on the verge of collapsing.

Actress Juli Jakob, who also had a part in Son of Saul, auditioned for the part of Irisz Leiter together with thousands of other girls. “The Bela Tarr school of casting”, says Nemes, who started his carreer as Tarrs director assistant. We talk with him during IFFR . “You go out and see everyone possible. And sometimes you come back. Not because you realize there is nothing better, but because you realize that the person has always been there.”
And how! Jakab has a face in which light and dark reflect. Her character is a metaphor for the turbulence of Europe on the eve of the First World War. Nemes: “A part you can’t play, only embody.”

[RMA] Your presented Sunset to the audience as a film about “the suicide of Europe”. What is the parallel between Sunset’s Europe and nowadays Europe?

[László] If you use the words “suicide of Europe” you immediately feel that it has to do something with todays atmosphere. Working on this project – before Son of Saul – I was drawn to go back in time, to the birth of the 20th century. I wanted to make a film about a young woman at the turn of this century. Her destiny was mirroring the fate of Europe because I couldn’t understand committed suicide at that time. I really could not understand Europe. Why did they destroy themselves at the high of their civilization with two world wars? That was the departure. I tried to emerge myself in the very highly sophisticated, refined world of the early 20th century that had so much of a promise, and so many illusions. Yet, I could feel that there was something at work inside of that civilisation, to bring itself to destruction.

I think forces of optimism and the forces illusion and the propensity to build within civilization might be inseparable from the desire to undo it. And in a way this film is about this desire to destroy in the same opulent manner what we are building. And in a way that moment in history was something I could feel distinctively and organically linked to the atmosphere that we are in now.

[RMA] The hats in the film are incredible. What do they represent?

[László]  The hats are the paragon of sophistication and craftsmanship, and you find the sophistication in the small details. They were all personalized. The hats symbolized the many codes that existed in that particular society and what illusions. I wanted to dive into that and find out what was behind. 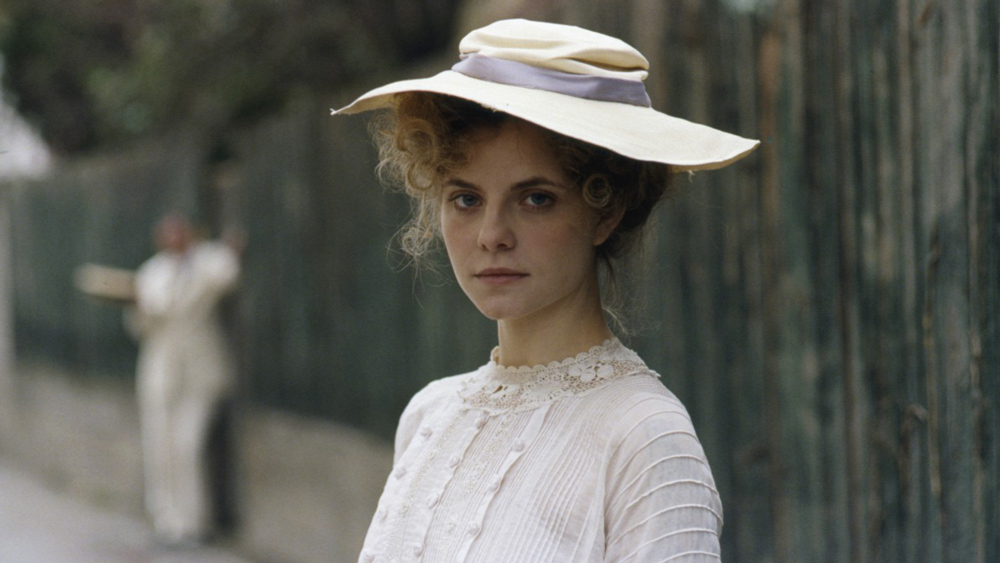 [RMA] Why did you choose to focus on a young woman? In Son of Saul it was a man.

[László]  I wanted to play with masculine and feminine essences. I know it’s very trendy to turn woman against man nowadays, but I really am interested in a humanistic approach. These essenses mingle; the are not separated. You could argue that this is a story about a doppelgänger.

[László]  Well, I don’t want to create a great revelation, but if you read it from that point of view it ads an interesting layer.

[RMA] I just really did my best to understand Sunset.

[László]  It takes time with Sunset. It’s not that kind of film. You need 10 days. Or a month. You have to infuse it.

” I think forces of optimism and the forces illusion and the propensity to build within civilization might be inseparable from the desire to undo it.”

[RMA] I thought it was your intention to not have me understand everything. Same as Saul we follow Irisz from close. I was Irisz. And she had so many questions and none of them were answered. It was a nightmare!

[László]  Some were! But you are right, the confusion was part of the adventure. Irizs can’t understand the world she is thrown into. Her past, her situation and herself. You get lost in the labyrinth together with her and there is no piece of information that will give you an epiphany. It’s more in the unconscious part of the film. You have to submerge in the depth of the movie and maybe later, a month or years later, something will get out of it.

The subjective experience of life is not really conveyed in cinema. In real life, it is impossible to have am complete overview of everything. In my work, you share space and time with the one character. That’s why there are for example no top shots. I wanted to use other channels.

[RMA] Channels like the audio, which seems out of balance at times?

[László] Absolutely, and this is an aspect that for lots of filmmakers is qualified in such a conservative manner! Under the influence of television we abuse the audience to be extremely save. You are not hearing any overlapping in dialogues and by have mixing the sound the maker clearly choses the priorities. It is different in Sunset. You are emerged in a world. You have to be inside her.

[László]  We are in an age of panic. Cinema has evolved from brave and open and taking risks with its audience, to something extremely conservative. Cinema has become a producer driven business. It has disguised itself as an authors business, which is the greatest scam of all. This civilization pretends to be free but underneath there is a tremendous tension. Conformism. It’s the biggest paradox. We live in an age that says everything is possible, but in fact everything is narrowing down. People communicate about the diversity and the democratization of cinema, but I think it’s just an excuse to make bad films.

I want to go back to essence of the cinema of 50 years ago. Interrogate the language of cinema and push the audience out of its comfort zone. Anotonioni, Tarkovsky, Kurosawa: they were masters who never took something for granted. They had their own path to take the audience on. That is completely lacking nowadays. I think cinema should defend itself by reclaiming the right to challenge the audience. 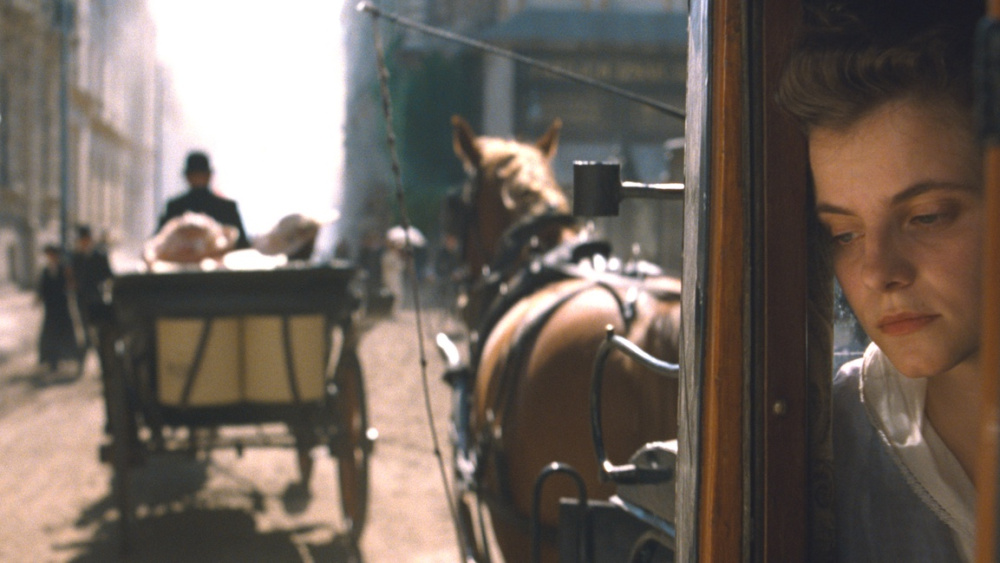 [RMA] What would you like to tell film lovers?

[László]  I would say you have to be free in the broadest sense of the word. Don’t rely on preconceptions. This world has predefined us, especially when social media constantly tries to replace our brains with computers. Don’t go on Internet. I feel the attraction every day; it’s like a bad drug. It goes into our brain speaking to us, but individual experience should define our lives.

[RMA] So should they go to the movies by themselves?

[László]  Yes, I think so. There is a tremendous metaphysical fear and the refusal of death in society. It is because we are pushing away all experiences that could be meaningful and valuable. Everything meaningful and valuable takes time and energy and thought. Refusing thought and asking others to think for us is the death of civilization.

[RMA] You have two phones in front of you.

[László]  Yeah… Three even. And I hate myself for it.

For Cineville we had the opportunity to interview László Nemes during IFFR on his second feature film Sunset. Read the Dutch version of this conversation on their website. Sunset is now in Dutch Cinemas. Check Cineville to find out where!

When people draw up their lofty pantheons of the eternally great directors, Brian De Palma (born 1940, now 77) frequently disappears early in the cull. Of course, he has his fervent fans all over the world – more visibly and vocally now in the Internet age, with their numerous, extravagant, idolatory websites. And there has […] 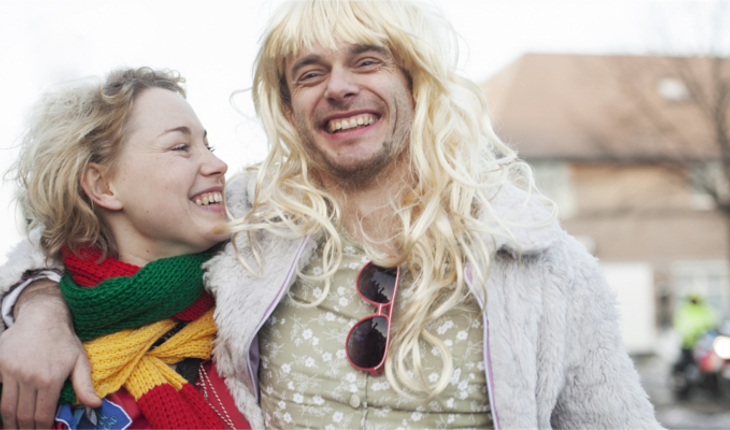 Some of the starting points of Martijn Maria Smits’ second feature film Waldstille were a country song by Bill Callahan; Drover, and the concept of a man on a crusade trying to free himself from the past. It’s quite a burden. Driving back home drunk, high and agitated from a carnival celebration, protagonist Ben causes […]