For the first time ever, we have a youth jury on board. The New Jury will take a critical look at our films in competition, follow workshops by film professionals and decide which of the New Makers will go home with The New Amour Award. We have found five fantastic youngsters to form The New Jury, and we proudly present them to you here. To get to know them, we asked them a few burning questions… 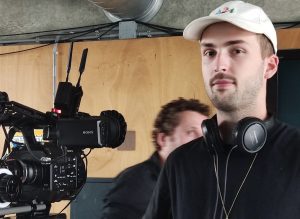 Our first jury member is Arend. He is a 22-year-old photography student at the Willem de Kooning Academy. Arend loves film so much that he has made it a challenge for himself to watch a new film every day.
Favourite film: La Haine (1995) by Mathieu Kassovitz
What film moved you the most last year and why?
“Sound of Metal; As someone who suffers from tinnitus, I was blown away by this film. It shows an intimate look into a deaf community, and with the insane performances by the actors, you get drawn into this world and its problems. It really reminded me why telling stories and making films is so important.”
Why are you looking forward to joining The New Jury?
“I can talk about films for hours, so I can’t wait to discuss the films we’re going to see at the open-air film festival with the other members of the New Jury. Ranking movies is different though, so picking a winner for the New Amour Award is going to be very difficult. But I think this New Jury will do a great job.”
Instagram: arendverb 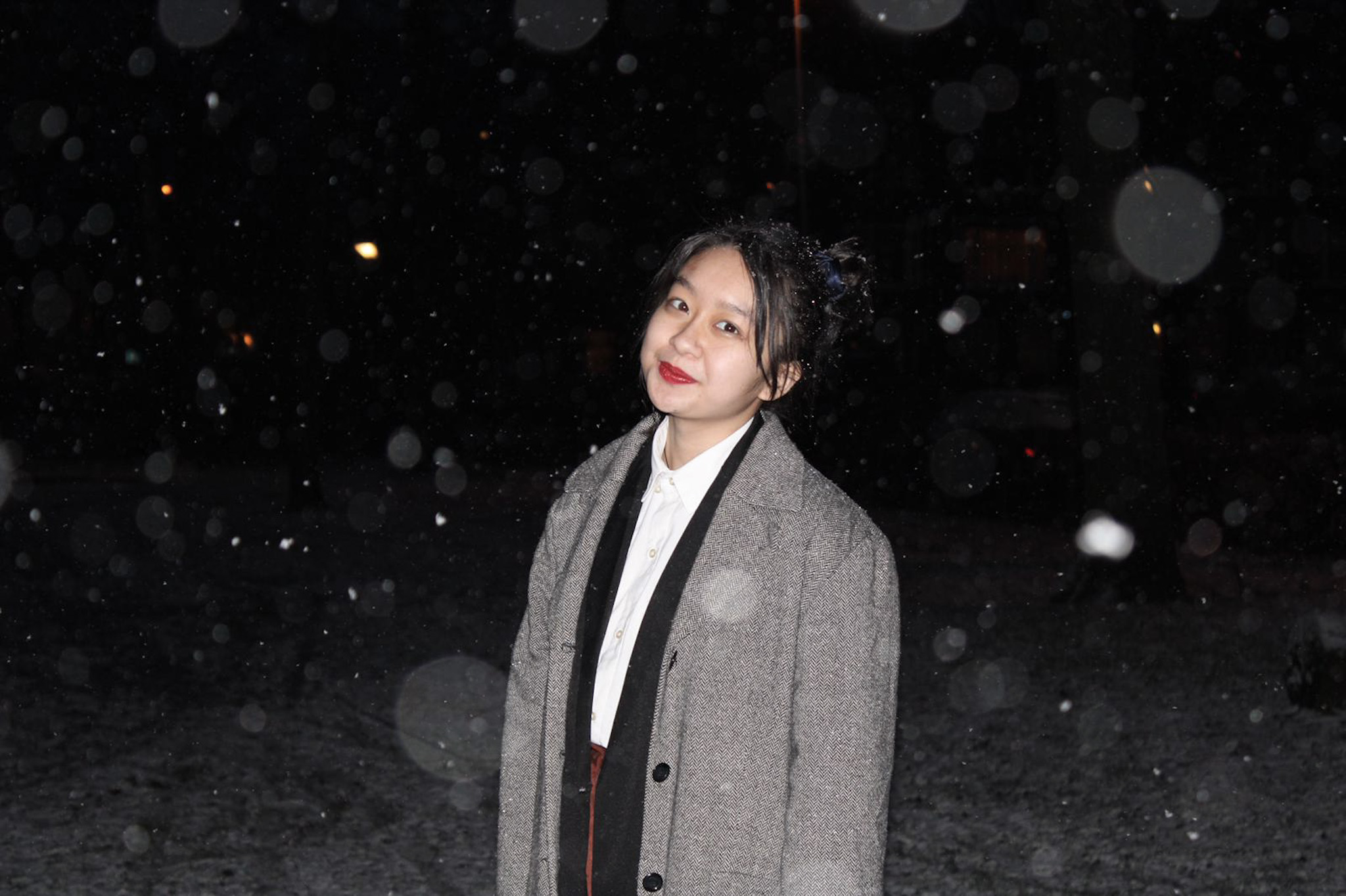 Our second jury member is the 21-year-old Ari. Ari was born and raised in Hanoi, Vietnam and she has been living in Rotterdam since she was 17 years old. Right now, Ari is taking a gap year after studying at Erasmus University College for three years with a major in Visual Cultures and Media Literacy.
Favorite film:
“My all-time favorite film is definitely Synecdoche, New York (2008) by Charlie Kaufman. It’s the one film that I could really feel within my body, like some kind of weight of existence. The screenplay is so good that I religiously reread it like a literary masterpiece.”
What film moved you the most last year and why?
“I was really struck by The Vertical Ray of the Sun by Tran Anh Hung. In the film, in its world and story and characters, I see silhouettes of what I’ve always known, growing up Vietnamese. However, that intuition was reinterpreted so gently and sensually by Tran Anh Hung: I’ve never seen Vietnamese relationships, conflicts, and sentiments told in such a visual language before!”
Why are you looking forward to joining The New Jury?
“I’m looking forward to joining Roffa Mon Amour this summer because it really has everything I love wholeheartedly: summer nights, (open!) cinema, Rotterdam. I also have never experienced a film festival from this perspective before, and all first-times are exciting!”
Instagram: tdnl_ 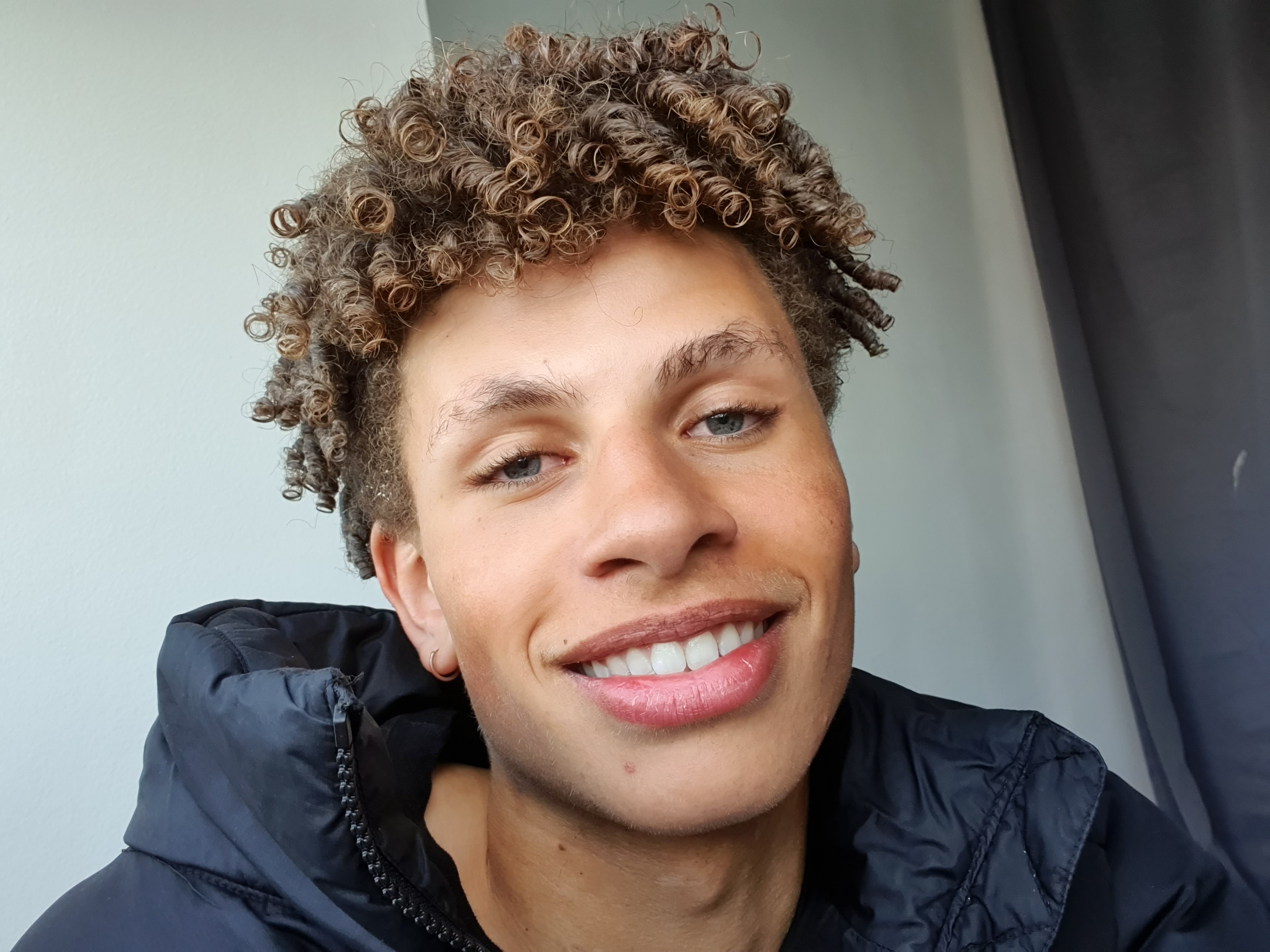 The 21-year-old Ezra is our third jury member. Ezra is a first-year medicine student at Erasmus University Rotterdam who does modeling work on the side. The themes that Ezra values in film are sexuality, spirituality, and psychology.
Favorite film: The Holy Mountain (1973) by Alejandro Jodorowski
What film moved you the most last year and why?
“Climax (2018) by Gaspar Noe: A group of international dancers gathers in an empty school building to rehearse and celebrate. But once they learn one of their own has spiked the sangria with LSD, well… shit goes down. If you’re wondering what a ‘bad trip’ feels like, but don’t quite want to experience it yourself, I would absolutely recommend this masterpiece of aesthetic horror. Intense, chilling, hallucinatory and so French! I was absolutely captivated.”
Why are you looking forward to joining The New Jury?
“As the jury, we get to get immersed into an extensive body of films and decide which filmmaker will take home the prestigious award. This is a whole challenge, as there’s no framework to define what makes a good film! I’m full of energy and excitement to meet the other jury members and ultimately discuss art with a critical but very open-minded eye. We’re all from different walks of life and I’m curious to see which perspectives we can all bring to the table.”
Instagram: ezrajo.el 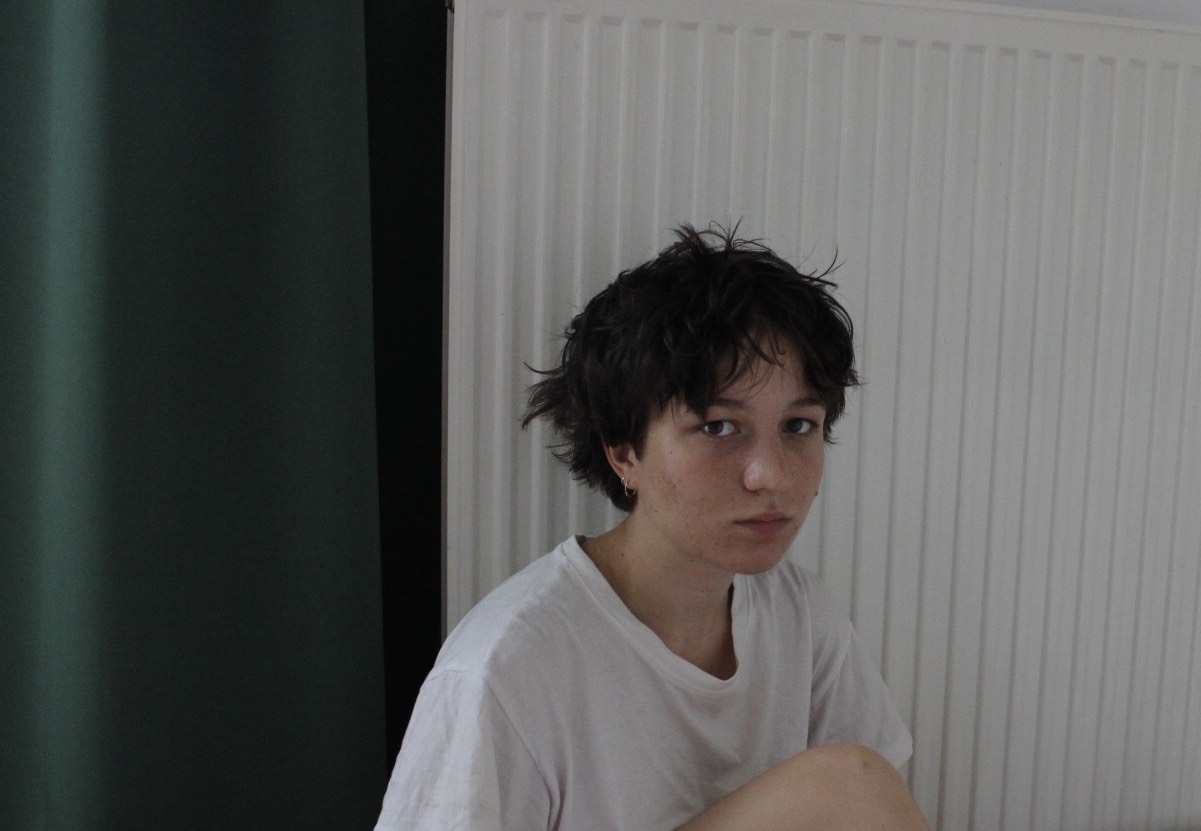 Our fourth jury member is Vera. She is a 21-year-old cinematography student at RITCS in Brussels, who grew up in Rotterdam. We have met Vera at Roffa Mon Amour before when she was our loyal volunteer at Weelde in 2020.
Favorite film: To Live and Die in LA (1985) by William Friedkin
What film moved you the most last year and why?
“Chronicles of a Summer (Chronique d’un été, 1961). This film investigates the influence a camera can have on the behavior of people, it puts people under a magnifying glass. The film leaves from the idea that people are probably not their ‘real-life’ selves on camera, but they are a different, performing version of themselves. I was touched by the insecurities and irrationalities of the people portrayed, to me this film is a reflection of the world and the persons living in it.”
Why are you looking forward to joining The New Jury?
“I’m excited to join The New Jury because I have been loving the RMA programming and I am curious to see what pearls there will be this year. Also talking about and discussing films with new people that are also passionate about films is something I really like to do. I have never really been a part of a film jury before (of course I have been judging films), so I’m looking forward to that! And watching great films in the open summer air!”
Instagram: veraerykalova 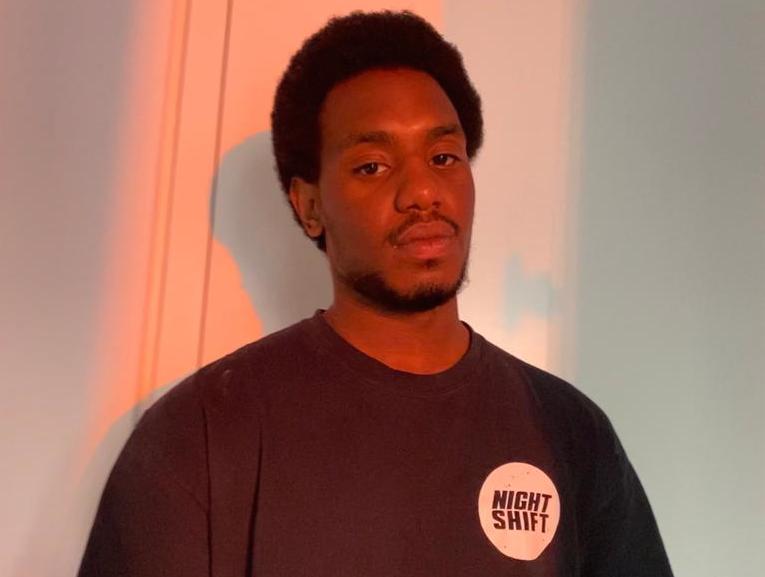 Our fifth jury member is the 23-year-old Zedd. Zedd was born in Suriname and he grew up in The Netherlands. While almost being graduated as a programmer, Zedd also has his own ICT and clothing business.
Favorite film:
“My all-time favorite “wake-me-up-when-you-watch-this-otherwise-I-will-get-mad” film is Inception (2010) by Christopher Nolan.”
What film moved you the most last year and why?
“A film that really moved me last year is a Turkish film called ‘Paper Lives’. It’s about a sick man who collects garbage in the neighborhood with homeless youth. The reason that this film moved me so much is the message that when someone is traumatized from their childhood, and they don’t get the right help and love, there is a chance that this person keeps lingering at this age. In other words, a 30-year-old man can still be 13 in his head.”
Why are you looking forward to joining The New Jury?
“I’m mainly very curious about joining The New Jury this summer. I’m curious about the knowledge that will be shared with me and the people that I will meet. I’m very grateful to be a part of this festival.”
Instagram: heyzedd