“Because horrible situations are easier to digest when you wrap them up in pastels.”

This is how Director Eduardo Casanova’s answers questions from the audience after its Berlinale screening. And just another reason for us to screen his highly original, taboo-breaking feature film Pieles. No matter how horrible the character’s situation is at times, the incredible art direction, energetic soundtrack and centred cinematography give Pieles a hopeful touch like a Wes Anderson film.

In Pieles we follow the lives of different characters that all have something in common in a way. They are deformed or as our society would view them: freaks. There is a pregnant dwarf, a woman without eyes and a girl with an unfortunate butt-face. They live and love on the fragile edges of a society that only knows how to include people who meet certain beauty standards. Inside the safety of their homes, the characters have to learn how to give meaning to their lives on their own terms.

[RMA] A hot topic during Cannes Film Festival this year: the influence of Netflix on the industry. Your film also premiered worldwide on this platform.

[Eduardo] I believe modern and intelligent festivals understand that the platforms to watch films on are changing. It would be absurd if festivals would refuse films because they are screened on other channels. I have been lucky. Even though my film is screened on Netflix worldwide, I still win prizes. Cinema is changing and distributors, directors and festivals adjust to it.

[RMA] Pieles is about a group of deformed characters. Some of them have a realistic handicap, whereas others have something uncommon or even absurd.

[Eduardo] A few handicaps were complicated to show physically. A person with an anus in his face does not exist, but it was metaphor for a young woman who cannot talk or who is not thought of as beautiful. It seemed better to express this by creating a character that goes beyond reality. The anus is also a metaphor for the amount of shit we talk. 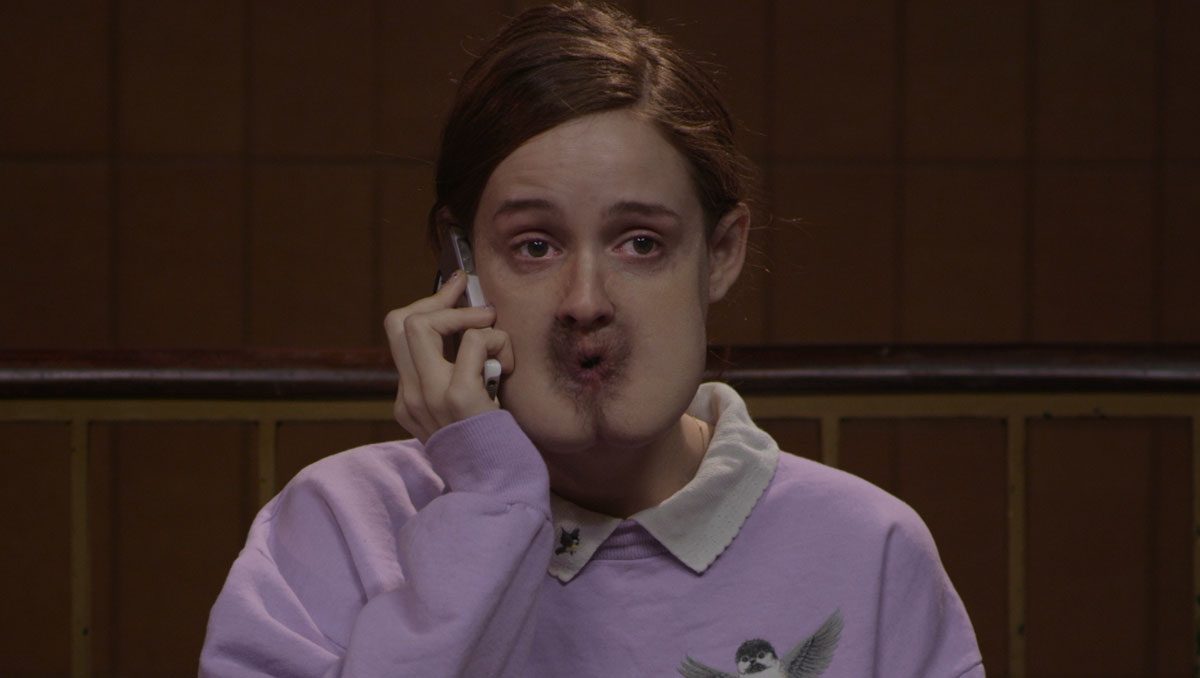 [Eduardo] There is a huge movement on YouTube of people who wear mermaid tales and identify with mermaids. Did you know that? It’s amazing because these people really want to live like mermaids. I understand their desire because we live in a horrible, dull world, that is full of boring stuff. To them, being a mermaid is a way to escape reality.
The mermaid character suffers from a bodily disorder. He is not able to acknowledge his own legs. It is comparable to trans-sexuality, where a man cannot acknowledge his penis or a woman her breasts and vagina. I thought it would be interesting to mix this disorder with someone’s wish to become a fantasy creature. What was most important to communicate through this character is that we don’t have power over our own body. It is not ours.

[RMA] The fat lady in your film is real. Was it hard for her to play her part?

[Eduardo] She was very valuable for me. I felt uncomfortable to tell her: now you have to undress and take a shit, but she, and all of the other actors actually, were really cooperative. She said yes to almost everything I asked. Maybe because there is another layer in Pieles and the actors understood what I wanted to say and why I wanted to do that.
It is complicated to talk about the feminism discourse when the actors are all young, skinny and gorgeous. Also the bigger lady would have to be nude in front of the camera. If she would not be able to do this, it would feel phony to talk about emancipation.

[RMA] The picture-perfect art direction conflicts with the deformed characters.

Eduardo: Consider it a beautiful casing. When you offer something to an audience that is only horrible, the audience  will reject it. But when you wrap it up in something beautiful, such as the colour pink, the audience will notice it and it will be a pleasure to watch. This is the only way of bringing a message without it being rejected.
Not only in Pieles, but in all of my work I apply this method. When situations are horrible, you wrap them up in pastels and they become easier to digest. This way, I can talk about horrible and painful issues.
The colour pink has different connotations. You talk about pink when you talk about women, about something naive, or about homosexuality. I consider pink to be just a colour.  A colour that is great to use in spaces that conflict with it.

[RMA] How has Pieles been received by the audience?

[Eduardo] Watching a film is an experience, isn’t it? Especially when one watches a film in the cinema. If you watch Pieles on the big screen, it does something to you. Some people don’t want to watch anymore; some people laugh about it. But Pieles is the kind of film that makes you feel like you are experiencing something. Comparable to a roller-coaster. In the beginning you don’t want to get in, because you know what is going to happen. Once you are inside, you feel extreme fear and you wish you hadn’t gotten on. But once you get out you are overwhelmed with a sense of liberation. Adrenaline! I think Pieles is like a roller-coaster. 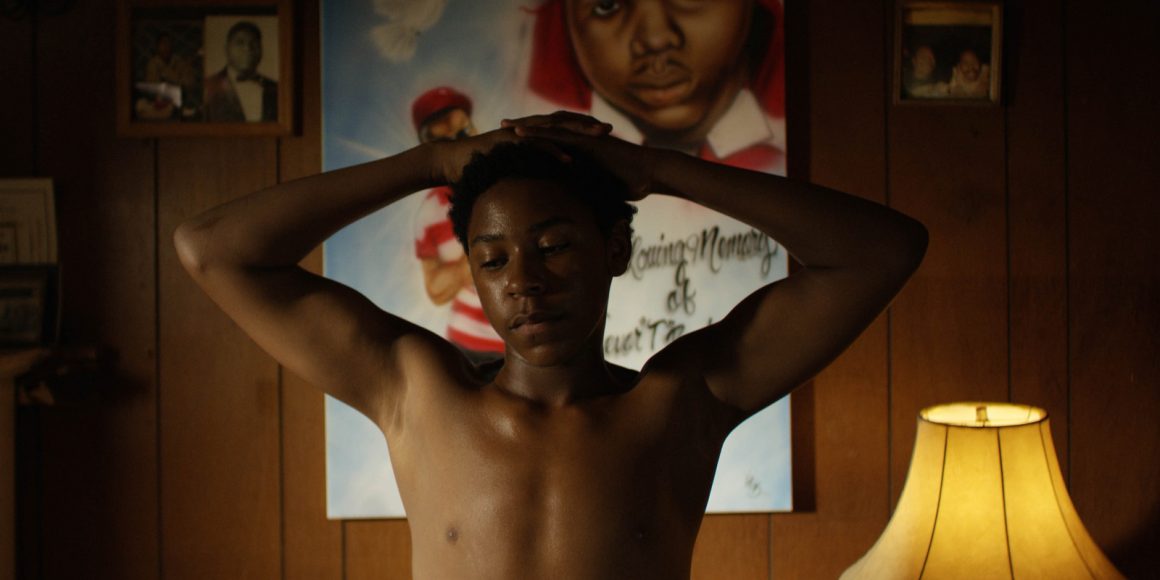 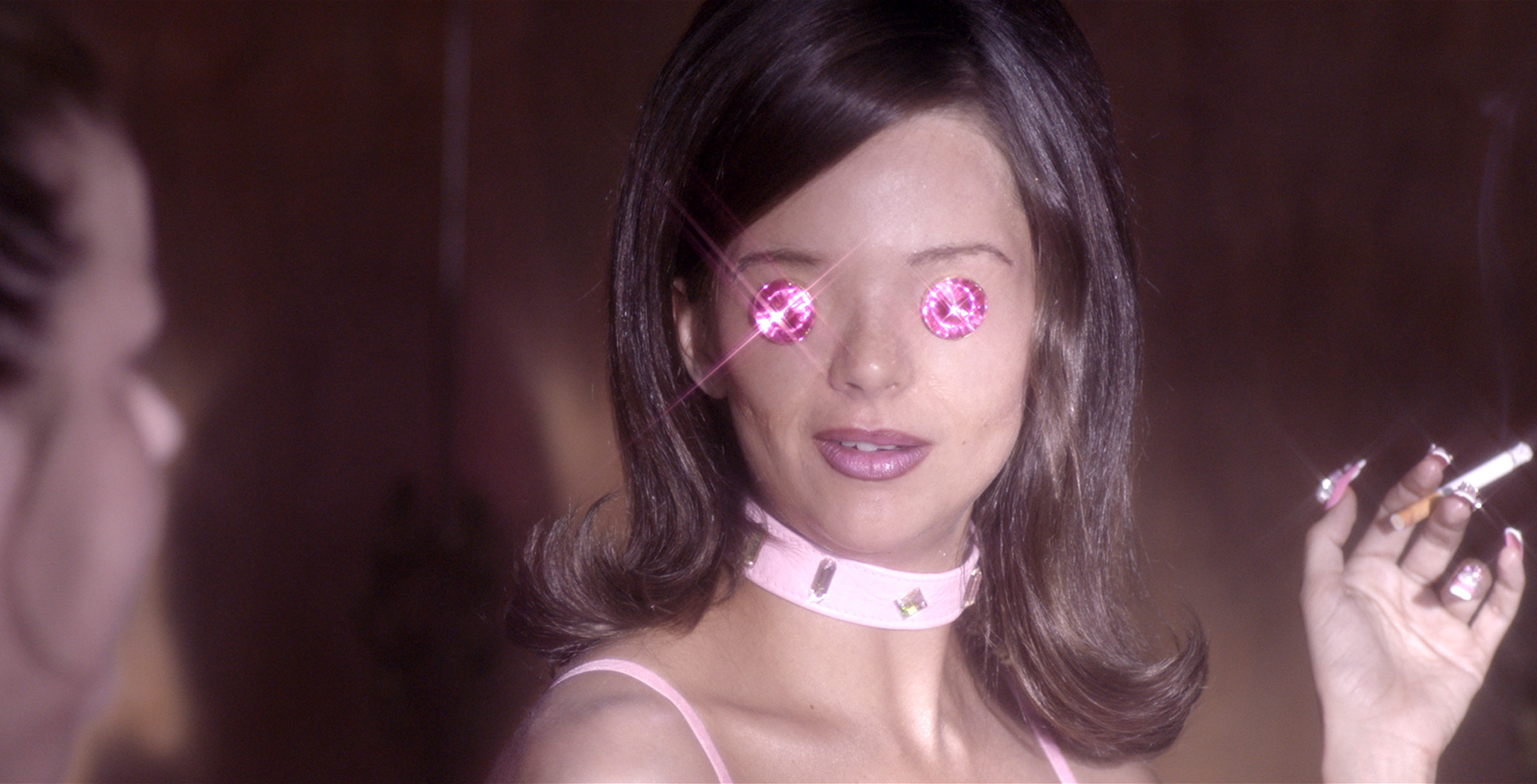 “Because horrible situations are easier to digest when you wrap them up in pastels.” This is how Director Eduardo Casanova’s answers questions from the audience after its Berlinale screening. And just another reason for us to screen his highly original, taboo-breaking feature film Pieles. No matter how horrible the character’s situation is at times, the […]