Welcome to your most magical open air film festival in Rotterdam. For 12 days in August, the festival celebrates cinematic talent from around the world, presenting films at night at a playful location. Roffa Mon Amour thrills and moves you with a selection of colourful, daring films from new and known filmmakers, live Cinema Concerts, introductions, and Q&As. From the playful concrete art garden that is AVL Mundo, you travel from Tunis to Hong Kong to back again from New York to Rotterdam. 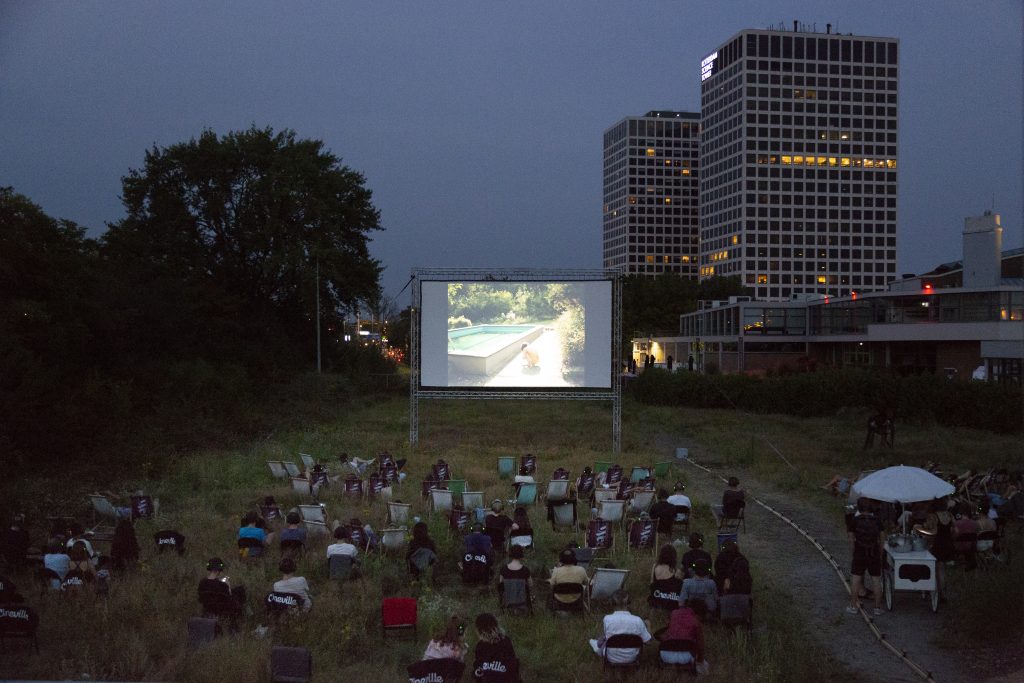 Film screenings and tickets
A 7x4m film screen will arise between sky-high art objects, against the skyline of our beloved Rotterdam West.
The film starts after sunset at 21:45. The audio is played by headphones, included in the ticket.

Location and drinks
Our location, AVL Mundo at Keileweg 19 in Rotterdam, opens at 20:30. Enjoy a drink in the sun before the film starts.

Somewhere on a rooftop? Hidden in an old classroom? Amsterdam, Rotterdam or Tokyo?
Pick a date and your favourite film. See you!

Roffa Mon Amour is made possible with the support of these partners: